Isona: The reconstruction of a village between two fronts

Isona: The reconstruction of a village between two fronts

During the first days of war in the Pallars region, the village of Isona was abandoned and then occupied by companies of republican soldiers stationed in the area. During nine months the battles took place (April 1938 – January 1939) and the village was right on the front line, and therefore it suffered great damage due to the combats.

At the end of the war it was found out that the bombings had destroyed practically the whole village centre, a 75% of the buildings were in ruins or they had to be completely torn down and rebuilt.

In Isona you will find a signposted urban itinerary through the main spots of the village, rebuilt from the 1940s by the Directorate General for the Devastated Regions. This route signs the places that were most damaged by the war, that is the parish church, the town hall, the schools, the local oven, the water tank, about thirty houses and services as the electricity and  water supply.

The information boards explain and display pictures of the buildings before the war, how they were destroyed and how the DG for Devastated Regions rebuilt them.

KML
How to arrive 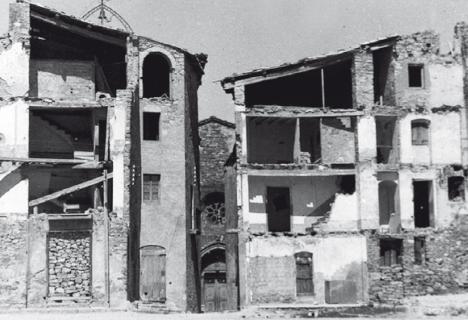 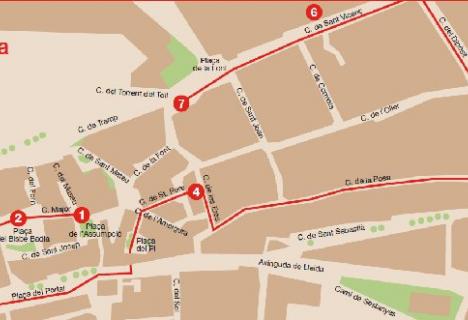