The municipality of Talarn is located on the right bank of the Noguera Pallaresa and surrounds the town of Tremp. Mainly flat around the water of the Sant Antoni reservoir, this is an ideal spot for the practice of water sports.

The village of Talarn was formed on the top of a hill, sheltered by the old castle which occupied the highest position. This village was an old medieval fortress, with walls, towers and gates to the closed village. The streets keep the appearance of the 17th century, the time of its splendour, with some noble houses such as the Baró d'Eroles property. It is also remarkable the fountain of Caps, located in the outskirts of the village and built at the beginning of the 19th century.

Other places of interest are the abandoned village of Castell d'Encús, where you can see the ruins of the towns as well as the old wine vats dug in the rocks. This area produces high quality wines named Castell d'Encús, with Costers del Segre DO. 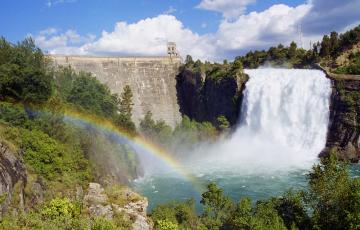